Home | About | Our story 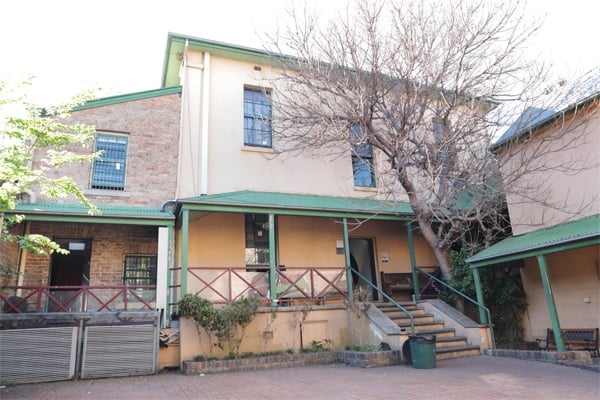 The Haymarket Foundation had its origins in a green caravan set up on the weighbridge serving Paddy’s Market in the Haymarket area now occupied by the Entertainment Centre. The caravan was set up by Dr Charles Blower, then Deputy Medical Director of Sydney Hospital, in 1974 with the collaboration of Sydney Hospital and the Sydney City Council.

Dr Blower was concerned at the lack of medical services and care available to the inner city’s ‘skid-row’ population. Being homeless most did not have access to mainstream health facilities and presented themselves to casualty in varying states of sobriety and cleanliness with a range of problems from minor to severe medical problems. They were generally not enthusiastically welcomed in casualty departments. Mostly treatment given or treatment programs initiated were ineffective as skid-row lifestyle was characterised by poor incidence of appointment keeping, continuity of treatment and follow up medication. The more serious cases were kept in hospital for up to ten days and then discharged back onto the streets. He was also concerned for the number of alcoholics that died in police cells which he saw as another outcome of the disregard that was held for them in the community. Dr Blower was keen to set up a secular service that was not judgemental and which existed only to provide care and assistance.

The caravan operated from 4pm – 10pm and saw an average of 15 clients per evening. It was staffed by a volunteer Junior Resident Medical Officer, a Registered Nurse and when possible a Social Worker provided by Sydney Hospital and this was facilitated by June Lewis then registrar in the Casualty Department. The service provided very basic medical and nursing care and some sustenance when possible, for example, a cup of soup and bread roll. Clients suffered from a wide variety of medical conditions typical to long term alcoholics such as heart failure, liver and kidney problems, cellulitis and many suffered from mental health disorders.

It was very quickly established that this was a highly specialised clientele which could benefit from sustained medical support in a permanent location, employing professional doctors and nurses who could build specialist knowledge in this field and from which a wider range of services could be provided. Dr Blower also believed it was an ideal situation in which to develop the concept of Nurse Practitioners which was beginning to emerge in other parts of the world.

Come back soon for more of the Haymarket Story.

Around 20 of Sydney’s most vulnerable residents, who have experienced prolonged and repeated episodes of homelessness, will be offered an opportunity to end that...

A 66-year-old former academic who lost his sight and career, then slipped into homelessness for over a decade, finally received some good news. The...

For many people experiencing homelessness, the Haymarket Foundation provides more than a place to stay, it is the closest thing there is to family....