The Haymarket Foundation’s senior case management team has been shortlisted for a national award.

The senior management team – Grace Rullis, Deborah Jurd and Dinsel Davies – are finalists in the HESTA Excellence Awards, which acknowledge the achievements of those in the disability, allied health, community and aged care sectors.

The team’s nomination noted their innovation with the living skills program and the telehealth pilot – both initiatives were conducted while clients were in hotel-style accommodation during the pandemic.

26 organisations have been chosen in two categories – Outstanding Organisation and Team Excellence.

“We are just so thrilled to be finalists in this award,” says Grace Rullis, the Manager of Homelessness Services and Clinical Lead at the Haymarket Foundation (pictured below, doing an interview with ABC journalist Hagar Cohen for Background Briefing). 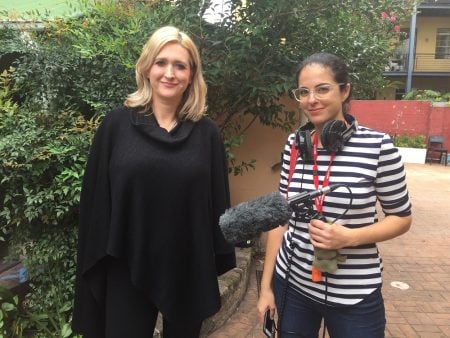 “We are passionate about homelessness because so often these people have been dealt the most difficult situations: they are frequently affected by trauma, disability and poor health.

“When we get a result, it makes the hard work all worthwhile,” she says of the team, including Deborah Jurd (at left) and Dinsel Davies (at right). 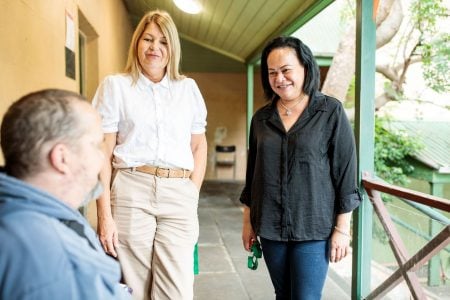 Eight winners will be announced at a live public broadcast in late August – and they will share in $60,000 prizemoney to be used for further education, service or team development.

A new dawn this Christmas

For more than 30 years, Mark struggled with a cycle of drug use and jail, while trying to cope with a history of abuse...

A lucky break and a new home

After years of homelessness, John* is finally in a place of his own. This would not have been possible without a specialist assessment facilitated...

A psychologist specialising in alcohol and other drug issues

The Alcohol and Other Drugs (AOD) Psychology Service offers a hybrid service to clients trying to achieve and maintain a drug-free lifestyle. The service...